It’s been an eventful week for our office and just to keep everyone in the loop on what’s been going on, we’ve prepared a quick summary of the excitement for you here!

Monday, May 15, was the 50th anniversary of In re Gault.  Our office hosted a successful Twitter Town Hall with the help of representatives from the Administrative Office of the Courts, the N.C. Advocates for Justice, ACLU, the Council for Children’s Rights, the N.C. Bar Association, the Office of the Appellate Defender and others.  During the event we

discussed what it means to fulfill the promise of Gault and the need to raise the age of juvenile jurisdiction in N.C.  Governor Roy Cooper also chimed in using our hashtag, #Gault50NC, and his tweets for  were listed several times on the top tweets in NC!

Prior to the Twitter event, our office also debuted our video discussing Gault and Raise the Age on social media.  The video stars Communications and Office Manager Marcus Thompson and was created in collaboration with Chris Mears of AOC.

Juvenile Defender Eric Zogry also attended the Gault at 50 Gala in Washington, D.C that evening.  During the gala, Eric met with many other leaders in juvenile defense from across the country.

The National Juvenile Defender Center also released its report titled Access Denied: A National Snapshot of States’ Failure to Protect Children’s Right to Counsel, highlighting the shortcomings of states across the country in fulfilling the promise of Gault.

The Annual Spring Public Defenders and Investigator Conference was held in Charlotte from May 17-19.  This was the first year two juvenile tracks were offered,  with one covering protection from ICE and another on education advocacy.  Our own Assistant Juvenile Defender Kim Howes participated in the conference and also assisted in getting the two juvenile defense courses included this year.  (*applause* Great job, Kim!)

On Wednesday, House Bill 280, the Juvenile Justice Reinvestment Act, had its second hearing in the House.

Rep. Chuck McGrady, Rep Marcia Morey, and others stood to voice their support of the bill.  Arguments made in favor of the bill addressed the need to protect youth from physical assault in adult prisons, higher rates of recidivism among youth incarcerated with adults, the suffering of youth with disabilities in the justice system, and youth being imprisoned in the criminal system for crimes as simple as littering or performing harmless pranks.

Rep. Larry Pittman and others did stand to voice their concerns and opposition to the bill.  Pittman asked fellow representatives to forget that N.C. was standing alone in keeping 15 as the maximum age for juveniles, and “not to go easy on offenders based on age”, but to consider the victims of their crimes instead.  Some representatives only proposed that the bill be amended to include F-I felonies and other minor changes, but still voiced their support for raising the age.  Concerns about recurring gang activity among youth who are given too much leniency in juvenile court were also brought up.  The most common point of opposition seemed to be about the budget.

In closing, McGrady addressed the opposition, saying that there is a budget in place and pointing out that there were more people complaining about the costs than the law itself.  In the end, the bill was passed in a 104-8 vote! 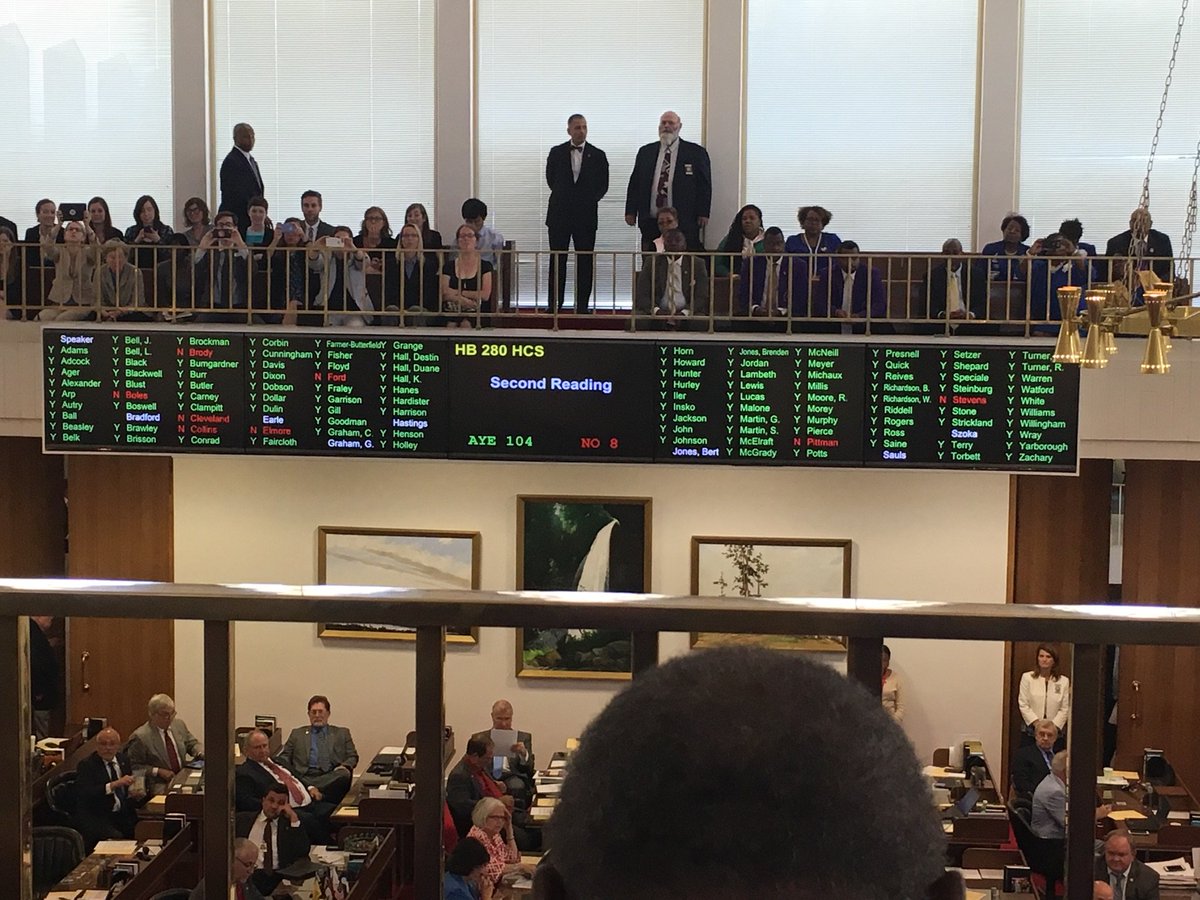 We want to celebrate these successes and also look for more opportunities to improve the juvenile justice system in N.C.  There are still plenty of training events scheduled for the remainder of the year, more work to be done in the protection of children’s rights, and a lot of preparation for when N.C. finally raises the age.  Let’s continue gaining more successes and let us know your thoughts for what could be done going forward!