Bringing a close to another eventful year, the Office of the Juvenile Defender would like to highlight some of our achievements throughout 2016:

Contracts: There were no new contracts established in 2016, however we made several combined contract visits, incorporating contractors from adjacent districts and encouraging community building among defenders.  We continue to seek new ways to identify future contractors and contract districts.

Trainings:  OJD helped host the Southern Juvenile Defender Center’s Sixth Annual Summit in Charlotte in June, along with partners including the National Juvenile Defender Center, the Council for Children’s Rights, and the N.C. Advocates for Justice.  The day-and-a-half conference focused on the fifth anniversary of the U.S. Supreme Court decision J.D.B. v N.C., and featured participants and presenters from the seven-state region. 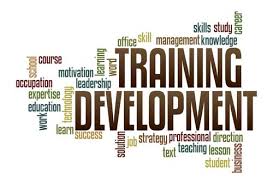 In addition to honoring the upcoming 50th anniversary of the Gault decision, which granted due process rights to children, we are also proud to have taken part in the push to “Raise the Age” in N.C.  This year with the growing support of the Chief Justice’s Commission on the Administration of Law and Justice’s Raise the Age proposal, OJD attended all meetings, assisted with requests from the Commission staff and reported, and participated as a member of the Juvenile Age Subcommittee.

As part of OJD’s ongoing effort to better communicate with juvenile defenders in the field, this year we introduced Marcus Thompson as our new communications and office manager.  With the creation of this new role and introduction of fresh eyes to the juvenile justice field, we intend to develop more consistent contact with defenders statewide and a stronger social media presence.  Going into 2017, a communications survey will also be distributed to help us coordinate better methods to maintain regular contact with partners and stakeholders going forward.

OJD has also made more effort to connect with defenders in the community by working with partners to provide local training opportunities and holding meetings with regional contractors to discuss strategies on improving practice.

This year, OJD also assisted in the rejuvenation of the NC Advocates for Justice Juvenile Defense Section.  Led by Section Chair Valerie Pierce, the section has diversified membership and sponsored local trainings.

OJD provides direct representation of juvenile clients. This has allowed our Office to observe and respond to trends in juvenile court as well as continue to have a presence in the court room.  OJD has represented juveniles in cases transferred from other districts and been able to identify issues for appeal and base trainings on issues that have arisen in multiple cases in various districts such as proper amendments to charges on petitions and improper dispositional levels.   Collaboration with defenders in other jurisdictions when we have juvenile clients in common has resulted in better outcomes for juveniles with petitions in multiple districts.

OJD has partnered with a working group of attorneys from the Office of the Juvenile Defender, the Office of the Capital Defender, the Office of the Appellate Defender, and North Carolina Prisoner Legal Services to assist attorneys who represent juveniles charged with murder and other serious felonies. This group has developed a handout entitled, “Strategies for Litigating Miller Cases.” The handout provides advice for obtaining mitigating evidence, a description of the research that influenced Miller and Montgomery, a discussion of constitutional arguments against life without parole sentences, and much more. The handout also provides hyperlinks to sample motions and other resources that will aid attorneys as they defend their clients in these cases. We will consult with any attorney who would like additional information.